This weekend the hubs and I will be headed back to the streets of Pittsburgh to run one of our favorite races. We've pounded pavement through the heat, rain, cold; brought friends to run with us, high-fived family along the way, and donned the best bling anyone could ask for. So, what challenge is in store for us at the Pittsburgh Marathon, five years later?

One of us is doing the Marathon and one of us isn't.

Five years ago, I was considering signing us up to run the New York City Marathon, but it was a lottery and I thought it would suck if one of us got in and the other didn't; so I found the Pittsburgh Marathon had open registration and it was perfect! It would give us a race to do together and visit family at the same time. It was a hard, hard race and when I finally finished (WELL AFTER my husband and 3/4 of the field), I became a member of the “One and Done” club. There was no reason to ever push my body to those limits ever again. Hubs did well, yet agreed it was much harder than we thought and from that point on, we have run the Half Marathon instead. We came very close to running the full again a few years ago, but we both said after crossing the finish; “I'm SO GLAD we turned left instead of right!” 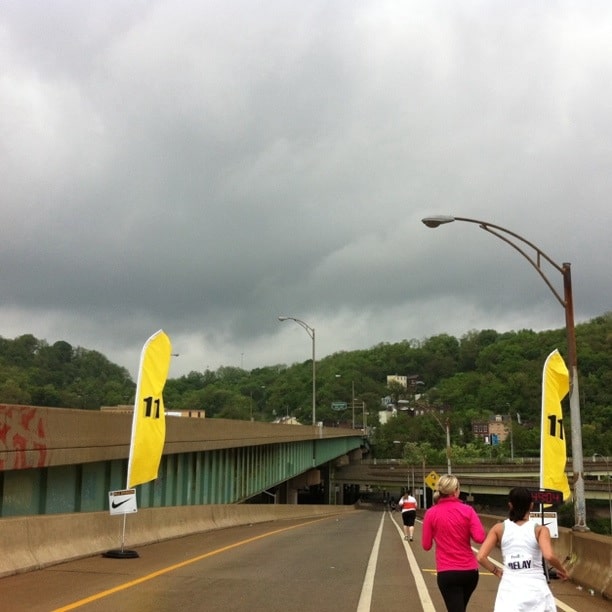 You see, at mile 11, runners are crossing a bridge and at the end of the bridge, you either turn left to finish the last few miles of the half marathon or you turn right and trek 15 more miles before crossing the finish. 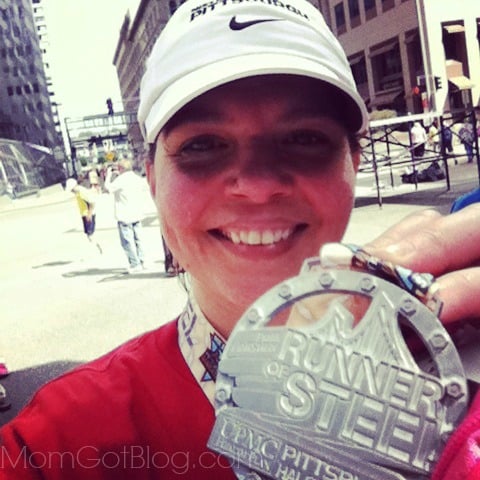 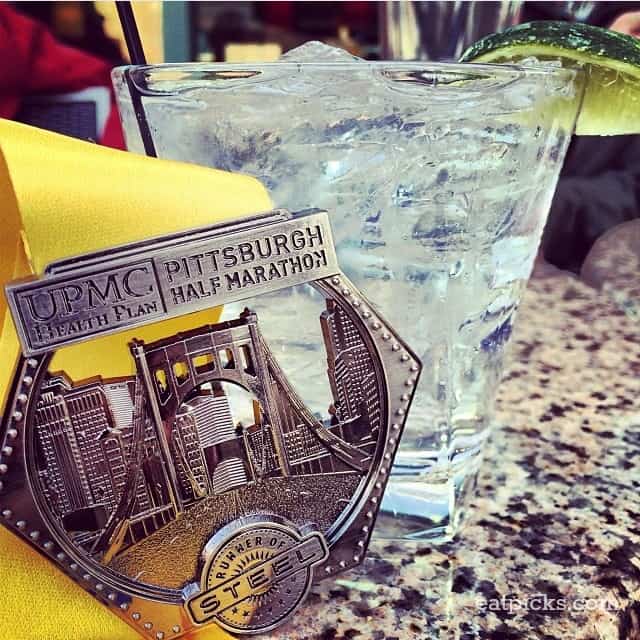 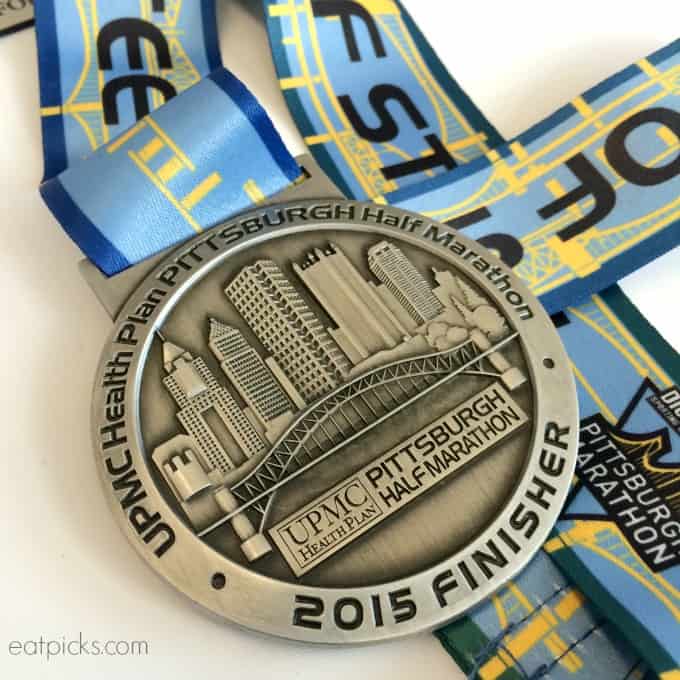 I have gone on to run many half marathons since that rainy, humid day in 2011. I'm a Half Fanatic #7961 to be exact (having run 3 half marathons within 90 days, 2 of them within 10 days of each other) and proud to have that accomplishment under my belt. Hubs has also run quite a few marathons since the first and has logged umpteen miles and then some. This year, I know he is going to rock it and I can't wait to cheer him on to the finish and share the sweet success with our medals draped around our necks while sipping a nice cold brew.

Claim a Mile & Run Pittsburgh “With Me”

As it seems the story of my life with this particular race, I am having knee issues once again, so I thought this year I would open up the “Claim a Mile” one more time. No money is involved- just a support system. I have 13.1 miles to run- by myself- yes, there will be thousands of other runners with me, but it can get pretty tough at times. That's when I look down on a piece of tape I have on my arm or shirt and read a name that corresponds with the mile I'm running. It gives me a chance to think of my family or friend for a little while and helps the miles tick by a little faster. If you want to “run with me”, leave a comment with your name and mile you would like to claim and when I pass your mile marker, I'll say “OK Sue, Let's do this!” or something like that.

This takes place of our Coffee Talk Post- next week, we will be in Disney, so coffee will most likely be replaced with a Dole Whip! 😉

Hello! My name is Kelly and I am the cook, baker, traveler, and storyteller of this space on the web. We are the place to be for the best picks when it comes to food, travel & home & hope we can help you enjoy life to the fullest. Questions?
Contact me [email protected] Learn more
See More Posts
As an Amazon Associate, Eat Picks Media LLC earns from qualifying purchases. 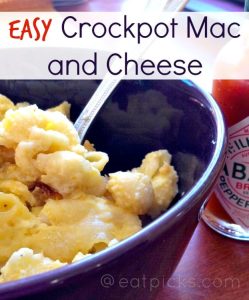 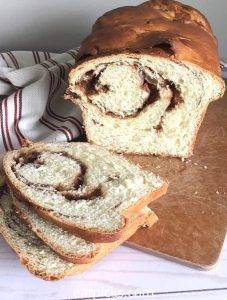